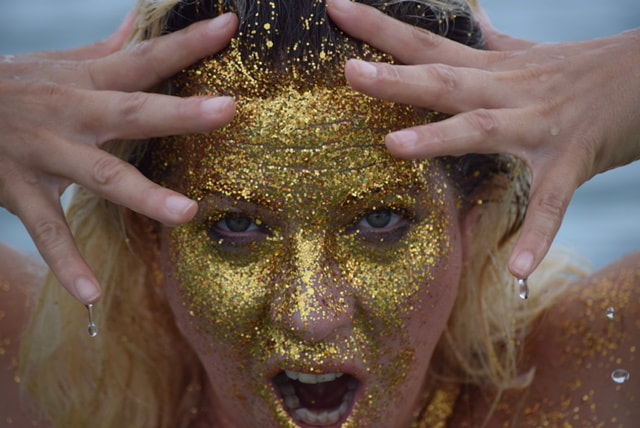 Amanda Johnson was born a raised in Baltimore, Maryland and moved to Florida in 2008, where she and her husband currently live. She graduated from Baltimore High School for the Arts (1991) and received her BFA and Fine Arts diploma from the School of the Museum of Fine Arts at Boston and the Tufts School (1995) where she majored in portrait painting under Barney Rubenstein and minored in Stained Glass. Through the SMFA, Amanda studied drawing, painting, and history under Skip Milson in Greece and continued with Museum Studies in Boston at the Harvard Extension School (1995). Amanda has shown in group and solo exhibits in both Florida and Baltimore, and now owns her own gallery (Amanda James Gallery) with her husband, James Knill, which features art from them both as well as a variety of Amanda's original, textiles, home goods, and clothing. Amanda’s work has been featured in publications like Style Magazine (2008), Palm Beach Post (2012), The Sun Sentential (2012), Atlantic Magazine (2012), and in D. Porthault’s The Art of Luxury Linens and has also recently been on display (2017) in Saks Fifth Ave with work from her husband for a feature entitled Divine Pink Dream. Christian Siriano (Project Runway) has become a collector of her pillows and plates which have also been featured in The Baltimore Museum of Art and she was a 2014 award recipient of ASID, Maryland for one of her textile collections.
Amanda Johnson’s exuberant and elegant paintings have garnered acclaim and respect at an impressive rate. She often blurs the lines between fine art and design, creating instruments of self-expression and joy. Her hand-painted lampshades, custom textiles, and wearable art are truly imbued with the code of the human beat. Amanda’s work documents moments of divine intervention, mortal struggle and triumph, and the process of her own personal life. The subject matter is often women as powerful mythological figures. In her compositions, she explores these themes using simplified shapes, intricate patterns, and color so that the viewer can interpret their 'own-ness' within the work.
Amanda Johnson's latest endeavor is a public art project for the new City of Boynton Beach Town Square that reflects the Coastal Community of Boynton Beach, FL. This design is a 2,000 sq. ft. artwork and will be completed in 2020.
Website
Gallery